There's Something About Ari 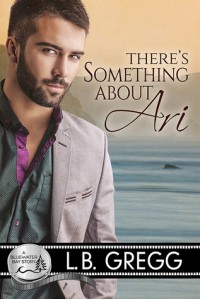 Ari has made it big as a movie star and is back in town not just for his role in Wolf's Landing but for the one person he left behind when he had to leave five years ago. But now he's come home at last and has no plans on leaving.

It's only been Buck and his brother ever since his mother died and his best friend ran off and now here he is waltzing right in like he never left. Buck's been in love with his best friend Ari for years and even Ari running off on him hasn't been enough to deter his love for him. What if his unrequited love isn't quite as unrequited as he thought?

I'm really liking this series Starstruck was one of the best books I read this year so naturally I was really excited for this one and sure it was pretty good but I found it to be too short to really get a feel for the characters and the ending was rather abrupt. Still I can't wait for the next one.
Tweet